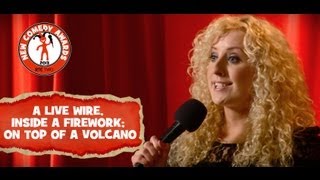 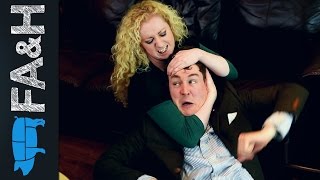 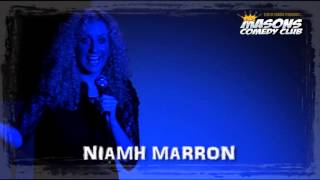 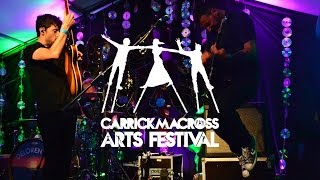 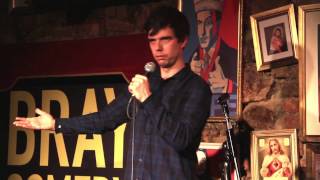 RTE Holding out for a Hero

She was 1 of 3 comedians chosen to perform in the infamous Vicar St venue for 'Dublin Does Comic Relief', and later again in the same venue along side comic legends Eddie Izzard, Tommy Tiernan and Dara O'Briain.

In 2012 Niamh performed in Leicester Square Theatre, London and proved a firm favourite with both the crowd and judges alike. She claimed her place and prize as runner up in The Funny Women Awards.

In 2013 Niamh almost made it through to Britain's Got Talent Live semi-finals in London. She performed in front of 4,000 people in the SECC arena in Scotland and received 4 yes's from the judges.

In the same year, Niamh was voted straight through by the judges as a finalist in the RTE New Comedy Awards.

"A live wire, inside a firework, on top of a volcano" - RTE New Comedy awards

Chosen by UK's top comic Jason Manford, she was a guest co-host for his very popular Absolute Radio show.

In 2014 Niamh went on tour around Ireland with her 1hour solo show 'Marronated'. In 2015 she took this show to The Edinburgh Fringe festival and sold out with it at the Omagh Laughs Back Festival. Her new 1 hour show at The Barcelona Guiriness Festival was a sell out and received rave reviews this year.

In 2016 she appeared on the popular RTE series 'Bridget and Eamon' as a culchie model. She was also one of the most featured comedians on RTE's 'Doctor Pixies Sex Clinic' and created a memorable experience for the young boy in the front row, with her version of "The Whisk".

"Indisputable passion.... a wild mane that seems to gain more life with every joke" - Reality Check

She was part of the much anticipated TV3 documentary show 'The Stand Up's' which showed the journey of Irish comedians working the comedy circuit. Niamh appeared regularly on RTE's Republic of Telly sketches. The most loved sketch was from Foil, Arms & Hog with 'The Apartment Games'.

She has written for Channel 4 Comedy and BBC3. Also making it to the print world, Niamh had a popular monthly column in the Sligo Weekender. Now she is a contributor to Headstuff.org.

Niamh wrote her own play 'Living on the Edge' and performed it in The Samuel Beckett Theatre, Trinity, as part of the Cultural Comedy Buffet - Laughter in our Bones.

"Hits a rich vein of form. One of the hardest working comics around & has funny bones..... Dazzled her audience" - Gearoid Farrelly

"Jokes like a machine gun" - The Empire Comedy Club

“Bubbly and fast talking, Marron’s style is gleefully self depreciating. The night ended on a high” - Entertainment.ie

“Niamh Marron combines frenetic delivery with her apparent innocent demeanour, getting away with her saucy material" Funny Women Magazine

Winning many awards including;

Show Me The Funny,

Up The Creek Gong Show,

Runner up of the prestigious UK’s Funny Women Awards in London and Daly's Comedy Competition, Omagh.

Finalist of RTE’s New Comedy Awards and Bulmers Nothing But Funny.

(TV3) - The Stand Up's, Britain's Got Talent, Things We Love and Hate, Ireland AM, 2014 The Year in Review, Take Me Out, Late Lunch Live, The Seven O Clock Show.